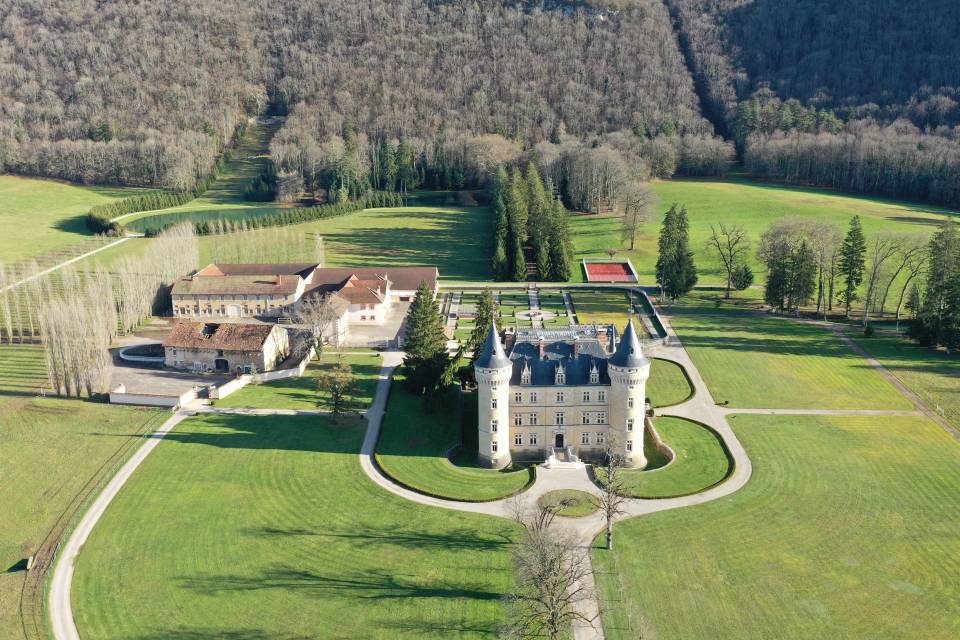 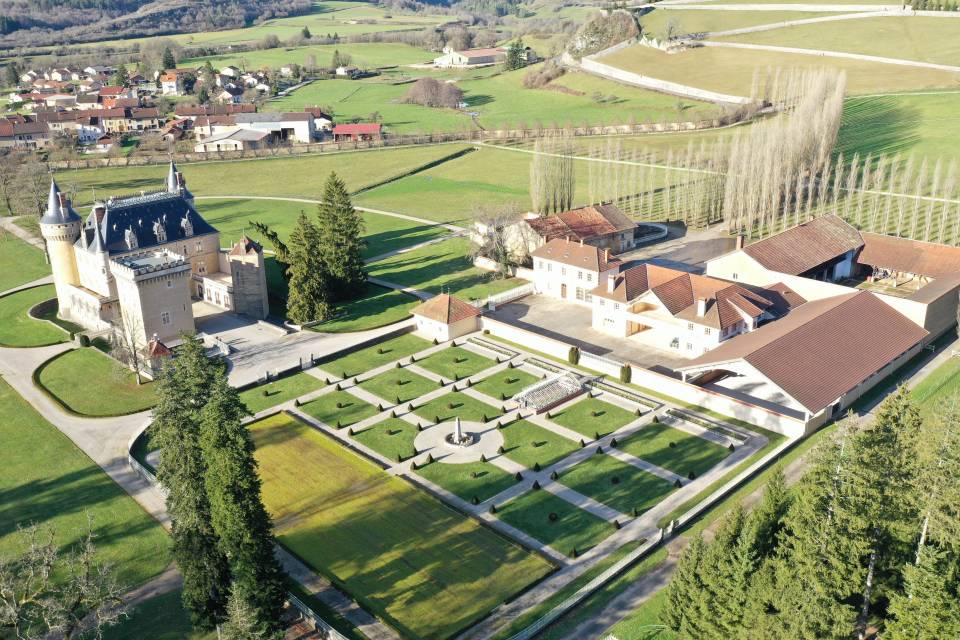 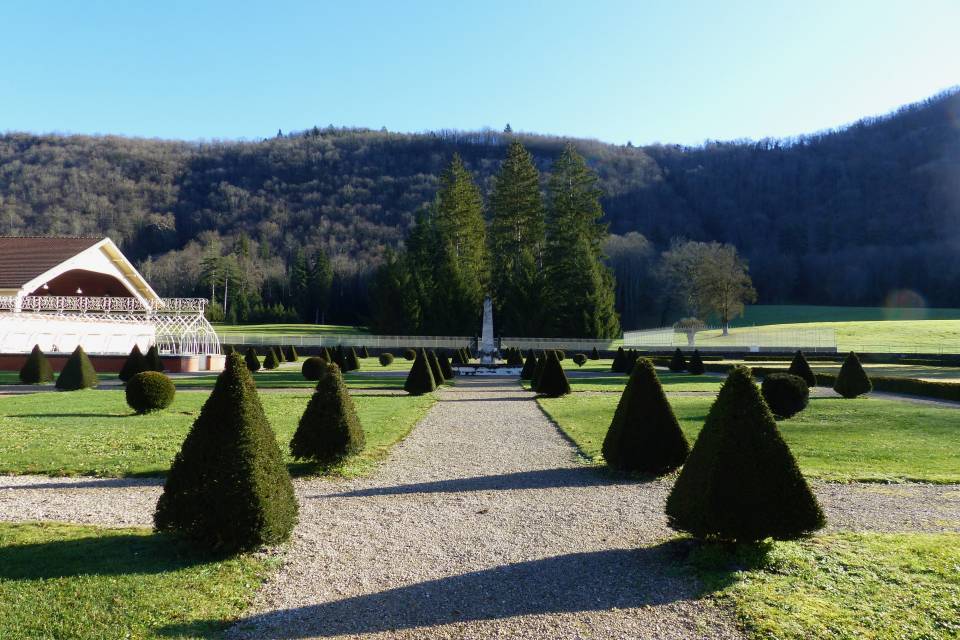 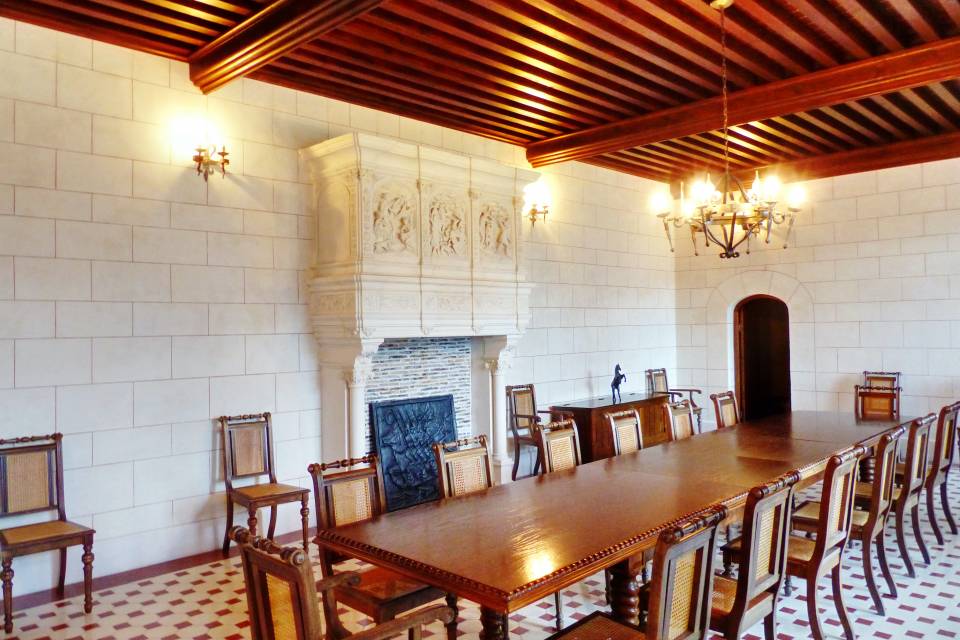 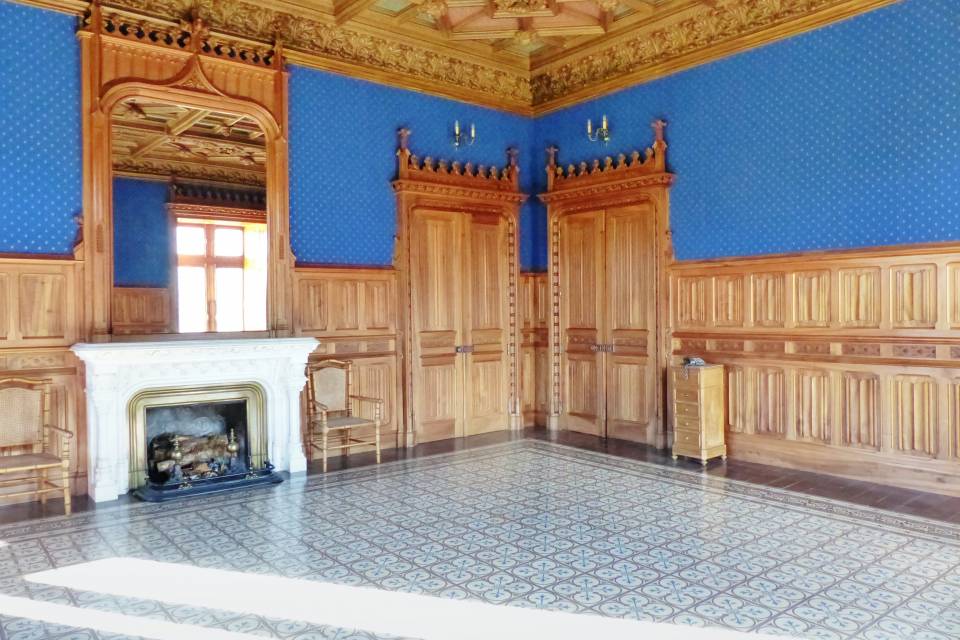 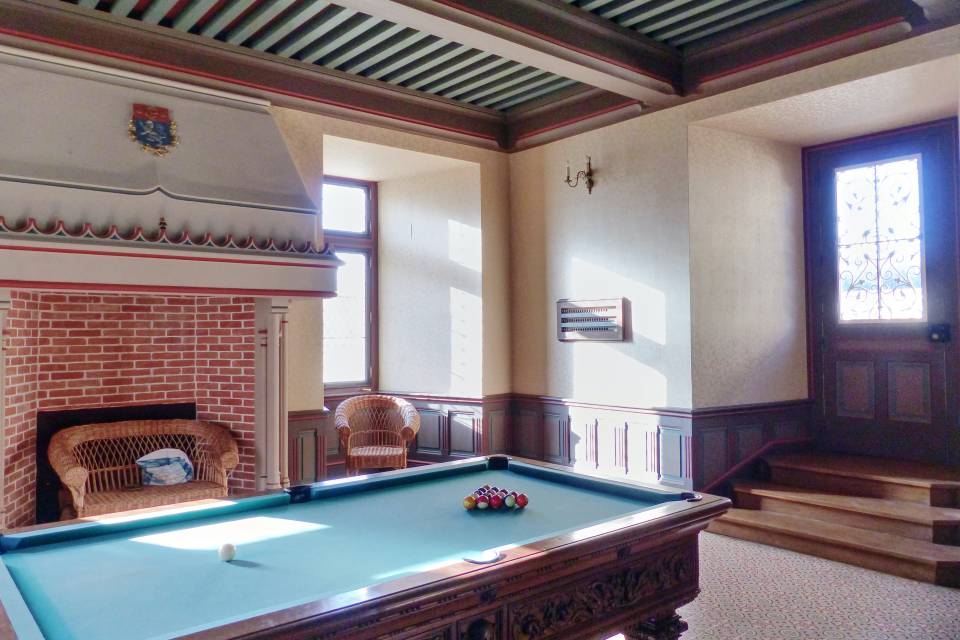 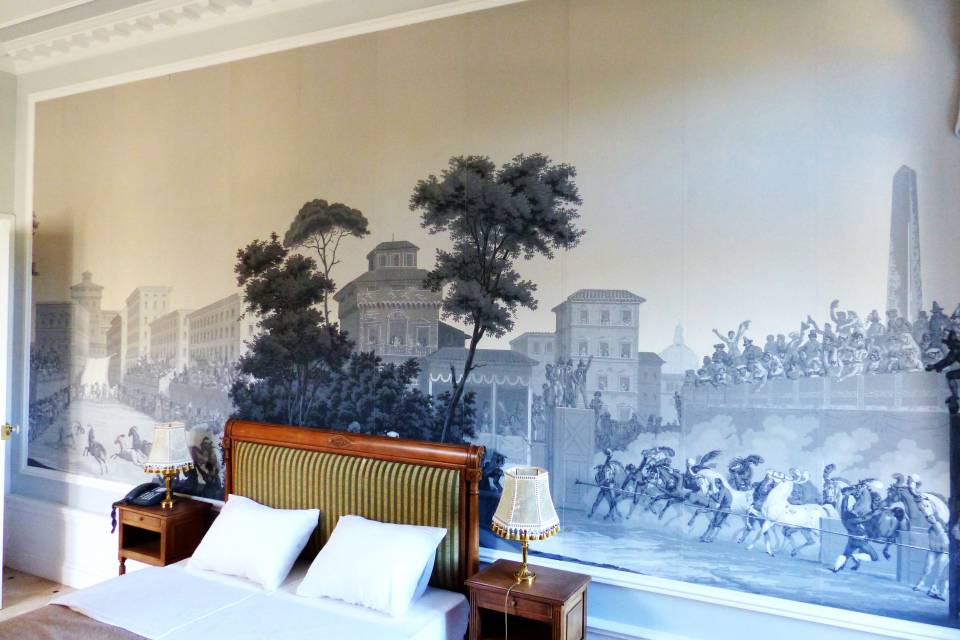 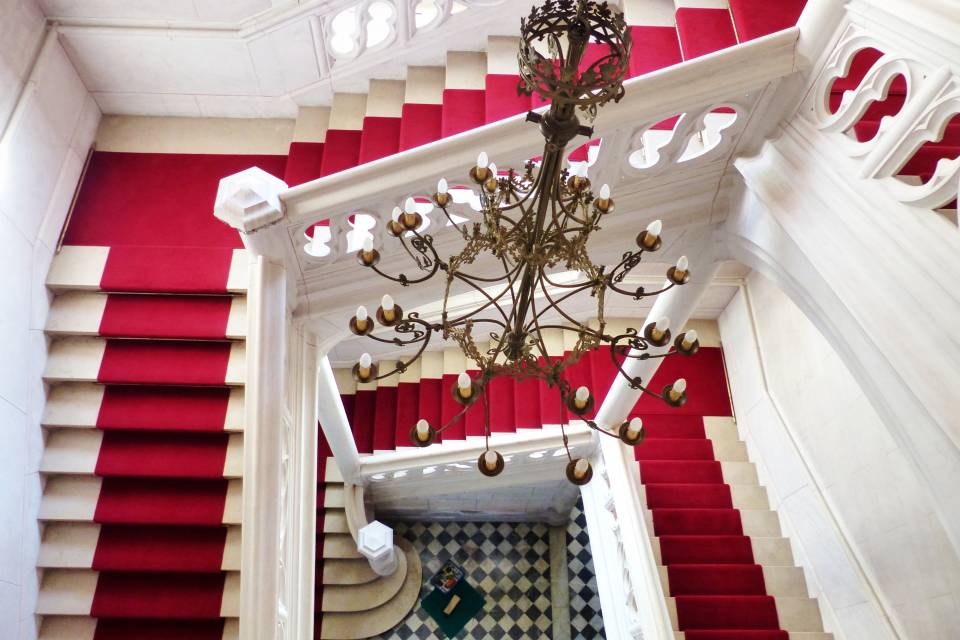 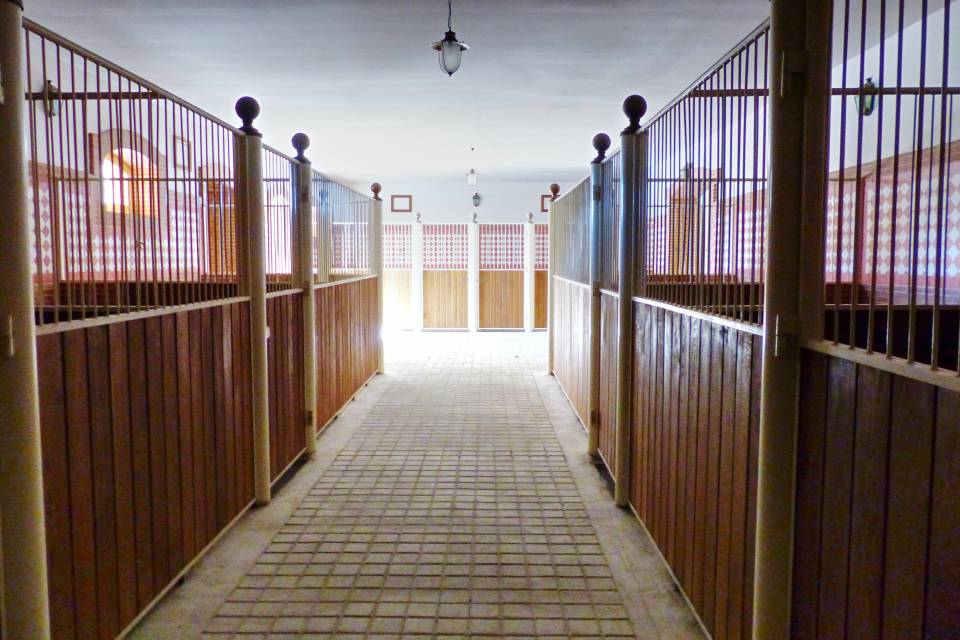 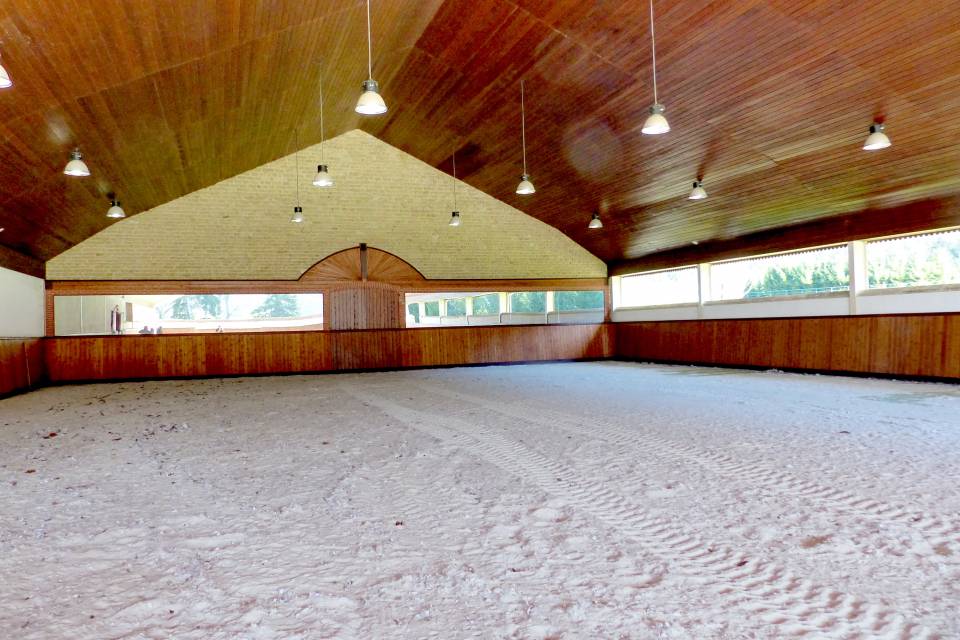 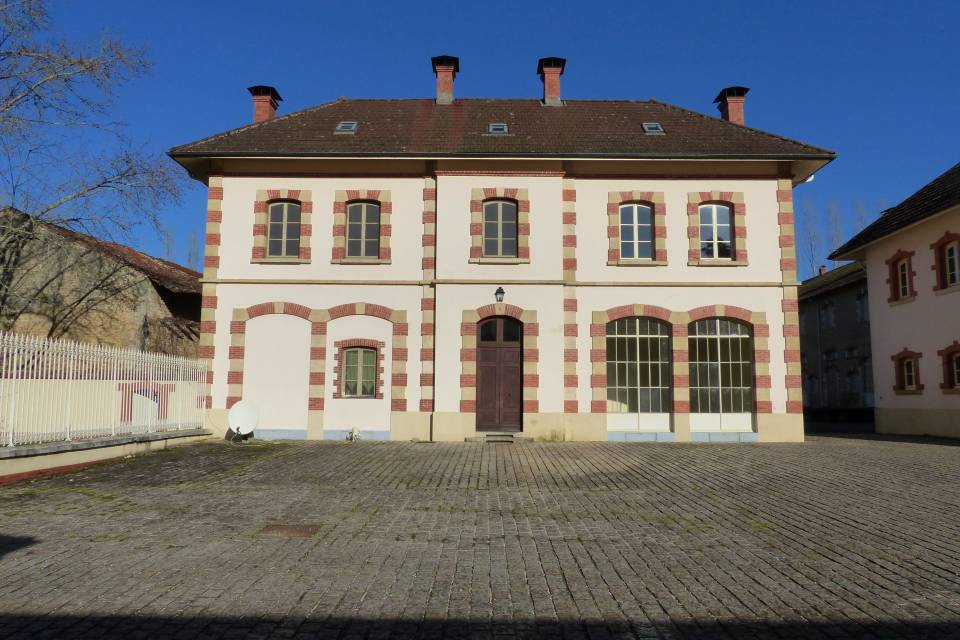 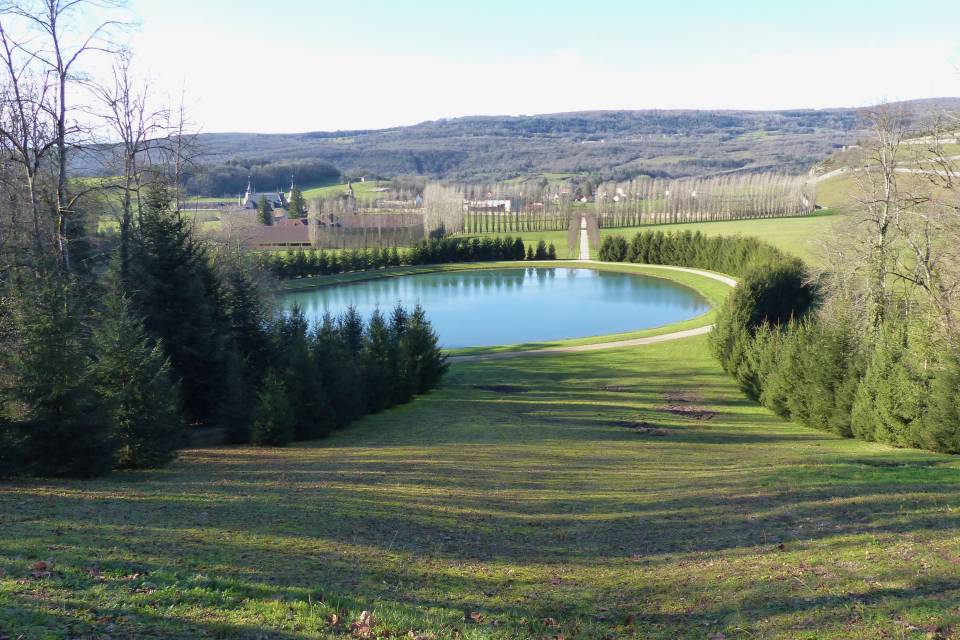 For sale Castle 70 rooms in Jura (France)
Do you dream of a castle life?

The following text was translated by Google Translate.

Located in the heart of the French Jura, this exceptional castle is only 1 hour from Geneva by road.

Built on an area of 132 hectares, this 13th century building was previously a real fortified castle with its keep, towers and drawbridges to cross the ditch that surrounded it. At the end of the XIXth century, it was bought by a rich industrialist from Lyon who restored it in the renaissance style where he obtained the title of the best restoration in France.
In 2002, this castle was bought by its current owner who completed its restoration until 2007 according to historical, artistic, scientific and technical criteria, thus registering it as a historic monument of France.

Go through the entrance gate, an alley of hundred-year-old trees will lead you to the castle grounds, a former Barony from the 16th century. The authenticity of the place has been carefully preserved over the amenities that have made it a very comfortable home. It benefits from a living area of 4000 m2 comprising 70 rooms spread over 3 floors, including 24 bedrooms and 27 bathrooms.

The royal stables are a jewel for riders, including 8 large boxes as well as a riding school and an outdoor training square in Fontainebleau sand.

Behind the castle, several outbuildings have also been restored:
• The keeper's house
• The service building is dedicated to housing service personnel. It has several apartments as well as a dormitory and a refectory. Several workshops such as the forge, bakery or carpentry are an integral part of the building.
• The gardener's house
• The barn (the only unrestored building)

A wall surrounds the property on 80 hectares. The numerous gravelled or paved paths serve the various parks, thus leading to the sublime French-style garden structured over 20 hectares, between forests, mountains and wine-growing lands. Water is very present on the entire surface of the property thanks to an English river, stone canals, waterfalls and a pond.

This castle is a marvel for lovers of history and old stones. Contact me for a site visit.

Number of rooms and surfaces

Request for file or information